Distinguished Professor Jonathan Samet, director of the USC Institute for Global Health and Flora L. Thornton Chair of the Department of Population and Public Health Sciences, received the 2016 Fries Prize for Improving Health at the Centers for Disease Control and Prevention Nov. 17 for his pioneering research and decades of advocacy on the negative impacts of air pollution on health.

Trained in internal medicine, pulmonary medicine and epidemiology, Samet has applied his broad background to identify and address the effects of indoor and outdoor air pollution on the health of children and adults. He is recognized for his research on the health risks of inhaled pollutants—particles and ozone in outdoor air and indoor pollutants including secondhand smoke and radon—and his significant contributions to improve the environment.

“Dr. Samet has dedicated his career to protecting people from the dangers of air pollutants and for that we owe him a debt of gratitude,” said Dr. James F. Fries, professor emeritus of medicine at Stanford University and chairman of the James F. and Sarah T. Fries Foundation, which in partnership with the CDC Foundation awards the annual Fries Prize for Improving Health. “His research and policy leadership have directly contributed to the avoidance of hundreds of thousands of premature deaths and hospitalizations.”

Beyond his three decades of leadership and major contributions in the area of tobacco control, Samet and his colleagues have developed innovative approaches to quantifying the health effects of air pollution. This key evidence has already led to changes in public policy responsible for improved air quality standards that will lead to better health for millions of people around the world.

“I am deeply honored to receive the 2016 Fries Prize,” said Samet. “My work to improve health has been based on the premise that researchers and their findings can make a difference. Looking back over the four decades of my career, I am proud to say that, along with my many colleagues, our research on the risks of environmental pollution has led to enormous gains in environmental quality and health.”

Samet is a distinguished professor and Flora L. Thornton chair of preventive medicine at the University of Southern California Keck School of Medicine. He is also director of the University of Southern California Institute for Global Health. Samet has received numerous honors and recognition including the Surgeon General’s Medallion in 1990 and 2006, the 2004 Prince Mahidol Award for Global Health awarded by the King of Thailand and the 2006 Public Service Award of the American Thoracic Society. He was elected to the National Academy of Medicine in 1997.

Also at today’s award presentation, CDC Director Tom Frieden, M.D., M.P.H., presented James and Sarah Fries, founders of the Fries Prize for Improving Health award, with CDC’s Champion of Prevention Award for their commitment to public health and in honor of the 25th anniversary of the Fries Prize for Improving Health. The Champion of Prevention Award is reserved for individuals who have made significant contributions to public health.

The Fries Prize for Improving Health recognizes an individual who has made major accomplishments in health improvement with emphasis on recent contributions to health in the United States, and with the general criteria of the greatest good for the greatest number. It is intended for an individual who has done the most to improve health. The Fries Prize for Improving Health award is $60,000.

The James F. and Sarah T. Fries Foundation is a nonprofit corporation incorporated in 1991. The mission of the Foundation is to identify and honor individuals, organizations or institutions which have made great contributions to the health of the public. The Foundation seeks to reward accomplishment rather than promise, practicality rather than theory. 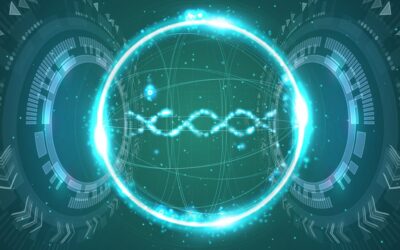